My name is Nancy Roberts. I am the mother of Andrew C. Roberts, Jr., who is also the son of Andrew C. Roberts, Sr.(aka Andy), my estranged husband. Andy was born on 8/1/61 to Susan and Billy Roberts. At first Billy denied it was his child. Years later, Andy travelled to San Francisco to find his father, and the resemblance was undeniable. Andy has met Christie Roberts, but she never liked him. She would not tell him where his father was after his accident. Andy and I were married on 5/14/97. Andy has been hoping to find his father for a long time, especially after our son was born on 12/14/97.
Both of my parents died before Andrew Jr. was born. Susan, Billy’s ex-wife, is an active part of his life. Andrew Jr. would love a chance to meet his grandpa. Please write back with any info you or Hillel might have about how to get in touch with Billy. I have included a photo of Andy, Billy’s son, taken in 2000, and a recent photo of Andrew. 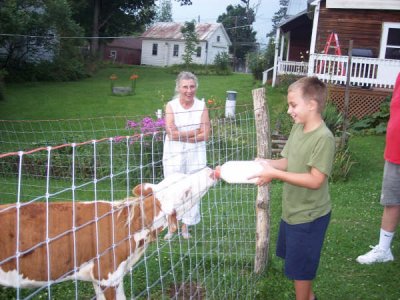 This entry was posted in E-mail to Jan Marius and tagged Billy Roberts, Nancy Roberts.. Bookmark the permalink.